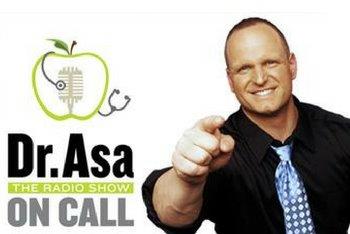 Known as America’s Health Coach®, Dr. Asa is a national best-selling author and host of one of the fastest growing radio and television programs in America, Dr. Asa ON CALL. He is a contributor to FOX, CBS, NBC, and ABC and has appeared on shows such as Good Morning America and The 700 Club. As an entrepreneur, international expert, and master communicator in the field of nutrition, lifestyle medicine, and wellness, he is a highly sought after speaker for his entertaining message of Hope to audiences around the globe. In addition to being CEO of his companies, Dr. Asa Andrew has founded Diagnosis HOPE, a non-profit organization, which provides community-wide free health clinics, benevolent medical care, and health education to individuals and communities dedicated to Diagnosing Hope one person at a time.